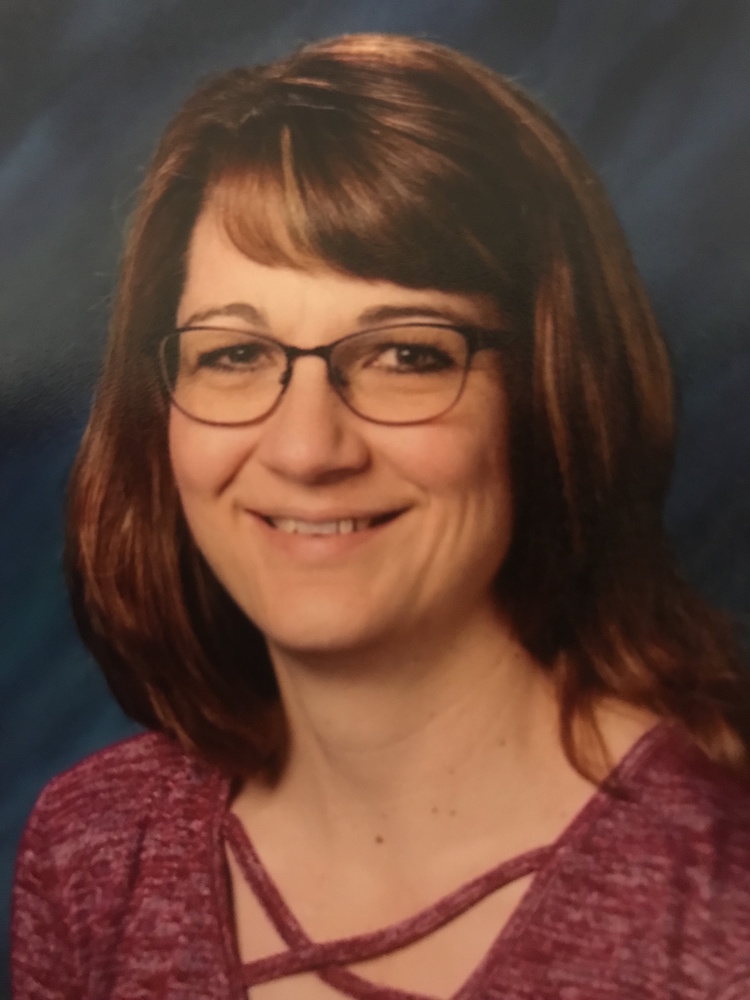 Every year, an anonymous group of donors provide $500 to an Outstanding Teacher in Akron. The process of choosing the teacher of the year and the donors themselves will never be known. For the 2017-2018 school year, Mrs. Peggy Dreher has been chosen Outstanding Teacher of the Year. Dreher is a native of Akron and graduated from Akron High School. She received her Bachelor's degree from the University of Northern Colorado (UNC) with a degree in English and an emphasis in Elementary Education, and later returned to UNC for her Master's degree in Special Education. She and her husband, Wayne, have four children, and it was important to her to be a stay at home mom while her children were young, so she did not begin teaching in the Akron School District until 2004. Before that, she would substitute if needed. When Dreher began teaching in Akron in 2004, she was a part-time elementary Music teacher. In 2007, she became a full-time teacher, initially as Music/Kindergarten and later as a Music/Intervention teacher. In 2011, she became the full-time Special Education teacher. As the high needs population continued to grow in the district, administration asked Dreher to build a program for these students so they would not have to be taken out of district for their education. With her work and that of the paraprofessionals who work with her, she has built the program for high needs students in the school. They teach students with intellectual disabilities, Autism, behavior needs and extensive learning needs.
Advertisement

Some of these students remain in her classroom for years, and she will see many of them graduate. "I always said I would never get my Master's and I would never teach Special Education. God has a great sense of humor. Now, I love what I do and can't imagine doing anything else," Dreher said. When asked what her thoughts were when she learned she had been chosen Outstanding Teacher, Dreher said, "My first words were, 'I don't do it alone.' Without the many paraprofessionals who help me and who have a heart for our students, the program would not be as successful as it is. I was very surprised and honored to be chosen. It takes a lot of work to build and run this program to be as successful as it is, and without the dedication of the paraprofessionals and the support of the administration and board, we wouldn't have the program we do." The teacher chosen receives $500, as mentioned earlier. The teacher receives $250 for their own use and $250 for the classroom. When asked if she had any ideas what she will buy with the money for the classroom, Dreher said, "We have been talking about it, but the paraprofessionals and I have not decided yet. We are leaning toward technology or something for life skills, but nothing is definite yet. I want to thank the donors for their support of education in our school district." Congratulations to Peggy Dreher for being chosen as Outstanding Teacher of the Year.