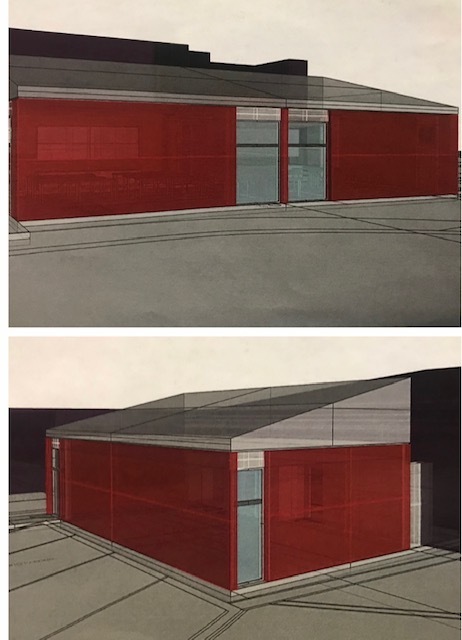 The discussion of putting a classroom addition on the Akron school building started well over three years ago as the school board and administration looked at the trend of increased student numbers in the elementary.  When the new school building was completed in 2012, the elementary grades (with the exception of kindergarten) were at one classroom and one teacher per grade level.  Since that time class sizes in the elementary have increased from an average of twenty students to the mid-thirty range.   The school has gradually gone back to two classes per grade level with two teachers per grade level.  The primary drivers in going back to this model of two classes per grade level was the size of classrooms which are designed for student numbers in the low to mid- twenty range and the importance of low student to teacher ratio in elementary grade levels.

The current school building was a BEST (Building Excellent Schools Today) project.  Being a BEST project certain parameters were in place that included designing and building with efficiency in mind.  The school was built to handle a certain amount of growth. The growth that the Akron school has experienced has all been at the elementary level.  To deal with the growth the school has added an additional teacher and classroom at the 1st, 2nd, 3rd, and 4thgrade levels.  Strong consideration is being given to adding an additional 5thgrade classroom and position.  As the numbers have increased, the school board and administration has kept an eye on preschool numbers and other early childhood counts, which indicate that this trend of thirty plus students per grade will likely continue.   At the same time the school’s special education population has grown and additional space is needed to support and serve this population. As the school board looked at building on, they also considered adding a room for elementary music classes.  Those classes are currently held on the stage area of the cafetorium.

As it became more obvious that the school would need to add classrooms, Superintendent, Brian Christensen began to look into funding opportunities.  He started by asking other schools and administrators who had been through similar situations.  This led to discussions about grants, going back to local tax payers, and lease-leaseback options.  After looking into grant options like energy efficiency and state cash grants, he found that the school would not qualify for the tier one level that all other projects were qualifying under.   Both he and the school board did not want to go back to the voters for more funding if the school district could find a way to fund the project themselves.  This led to pursuing a lease leaseback option that other school districts have used to fund similar projects.

If you have followed the school board articles in the paper or the school board minutes for the past year and a half, you know that the school district has been going through the proper channels to build an addition.   An RFQ-P was put out for an architect and David Wise was hired to draw and plan the school addition this past year.  The drawings and plans he put together over the summer and fall allow for four classrooms on the north side of the building.  Three rooms will connect to the school between district offices and the kitchen/delivery drop-off area.  The fourth room will also be on the north side of the building but connected to the long hallway on the west side of the field house.   An advertisement for bids went out this fall and a company was selected.  The school is working with TCC Corporation out of Windsor, CO.   The school district and TCC are working through contract negotiations and both sides hope to have construction underway this spring so that the additional rooms can be completed in time for the 2020-21 school year.

If you have questions or would like to see drawings of the school addition you can drop by the district office located at the school or call 970-345-2053 to make an appointment with Superintendent, Brian Christensen.