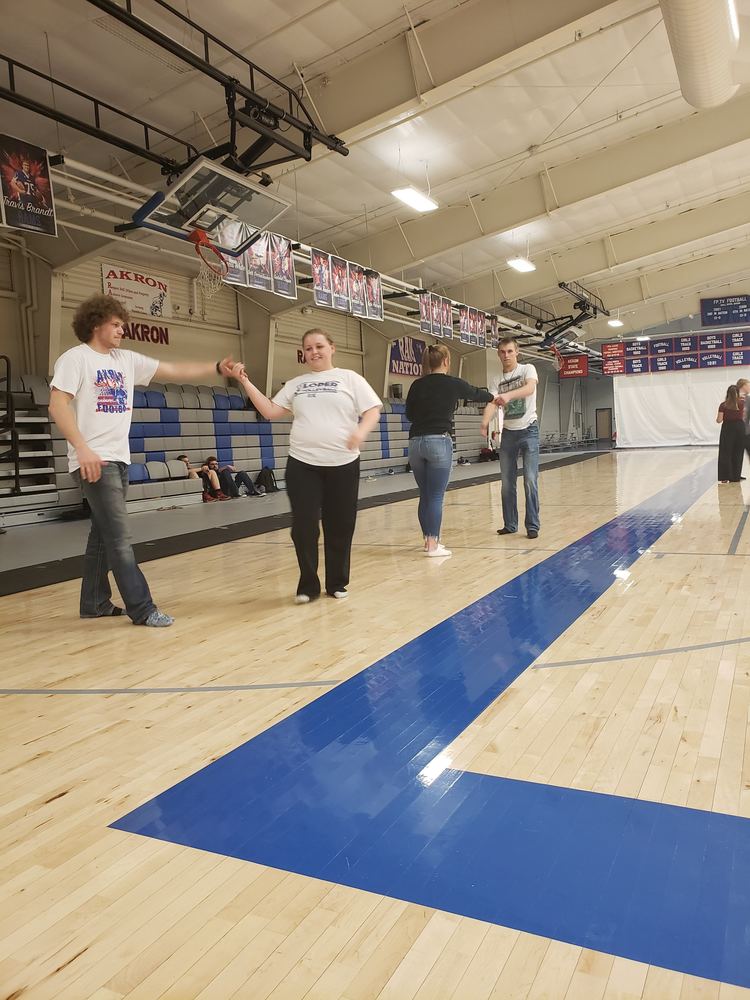 Getting the Swing of Things
FCCLA
Tuesday, April 02, 2019

Getting the Swing of Things

Recently, Akron High School FCCLA and Artist-in-Residence program, both lead by Cheyenne McGuire and Tayler Clarkson, applied for a grant from Akron Tablesetters to bring local artists to their school.  Upon receiving this grant, Tayler and Cheyenne sought to find an adequate use for the funding.

The leaders of the program, Tayler Clarkson and Cheyenne McGuire, were driven to bring a dancing program to life because they were concerned with the lack of students confident in their dancing abilities. This lack of confidence led to a lack of participation in the school and community, because dancing is often used as a social event. Additionally, the girls wanted to give students who were not involved in year-round sports as well as student athletes a fun outlet for physical activity.  As dancing is a skill which can be used throughout a person’s life time in both social and athletic settings, Tayler and Cheyenne felt it was the best practical, yet still artistic use of their Artist-in-Residence funding. They surveyed their school and found that the most relevant dance for their peers was the country swing.

Tayler and Cheyenne called in the help of Tucker Louthan, Chad Richards, and Aubrey Richards to teach country swing to Akron’s junior high and high school students on March 28th, 2019.  Students were split into three groups: junior high, ninth and tenth grades, and eleventh and twelfth grades. Students learned basic swing dance moves, such as the bowtie, a couple of turns, and the pretzel.

After the presentation, students remarked on how much fun they had while dancing.  Tayler and Cheyenne were excited to hear that most students plan to use their skills again in different settings, and even plan to seek out more dancing events!  Because of the high enthusiasm about the project, the girls are working to bring Tucker Louthan, Chad Richards, and Aubrey Richards back to Akron for community and elementary events.

Akron FCCLA and Artist-in-Residence would like to thank the Akron Tablesetters for their financial support in this endeavor.  It helped bring confidence, skill, and physical activity to Akron students.